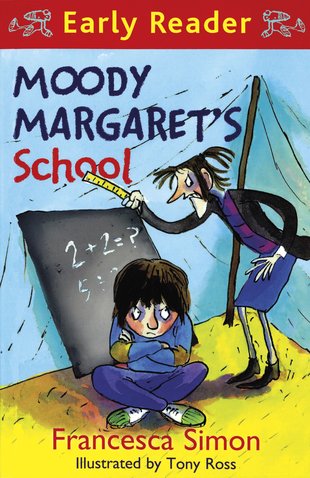 Henry’s really proud of how cheeky he’s been. Can you read his colour story all by yourself? It’s got a funny plot, fabulous pictures and loads of laughs. Plus a showdown with Henry’s arch-rival! Bossy Moody Margaret is trying to make Henry play ‘school’ at her house. Eeek – it’s even worse than real school. But as you already know, Henry is a master troublemaker. And he doesn’t follow anyone’s orders!