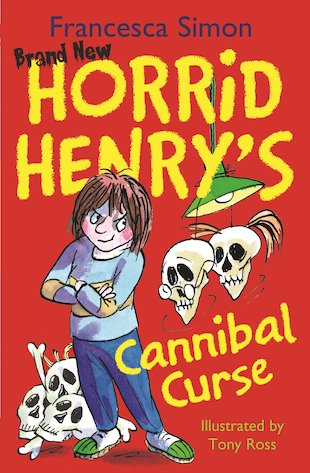 Sob! It’s Henry’s LAST EVER horrid stories. Will he do something so bad he ought to be locked up? Or will he turn sugar, spice and all things nice? (Ugh.) OK – we know Perfect Peter can be annoying. But isn’t cooking him for dinner going too far? Relax: although Henry is in the kitchen, he’s battling for victory in a not-so-sweet bake off. So Peter isn’t on the menu today. Phew. But then, what is the cannibal curse? Psst: Henry’s letting you into that dark and fiendish secret. Make sure you’re ready to take over when he’s gone!