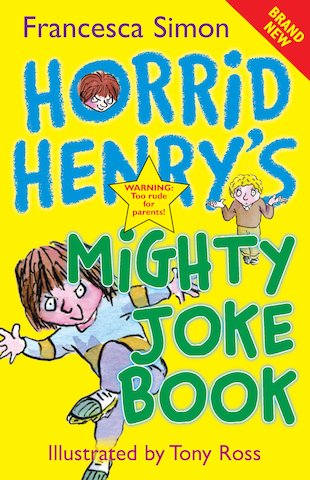 So many wicked jokes you’ll never have to tell the same one twice. All with Henry’s stamp of yuck. Well, almost all. Usually, Henry hates sharing. But in this book, he’s actually sharing other people’s yucky jokes. Why? Because they paid him! There are Greasy Greta’s Jokes, Kate’s Kung-Fu Jokes and Josh’s Jolly Jokes. Even a few gags sent in by fans like you. But of course, the BEST jokes come direct from King Henry the Funny. Enter his kingdom and laugh until it hurts.