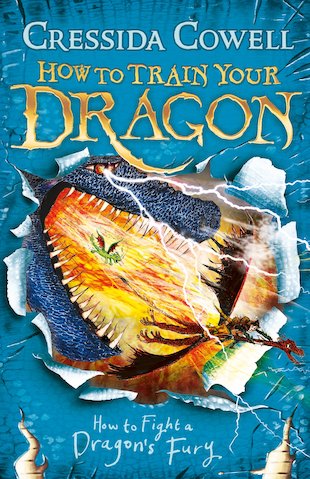 How to Train Your Dragon #12: How to Fight a Dragon's Fury

The Bad News: it’s the Doomsday of Yule. Either humans or dragons face extinction. The Good News: Hiccup. He won’t let the laughter die. Your favourite Viking hero is stranded on the shores of Tomorrow, and everything is going very wrong. All the King’s Things are lost. Plus, the Doomsday Prophecy is coming true. Never a good look. Worst of all: Alvin is about to be crowned King of the Wilderwest. After which he’ll destroy all dragons. AAARGH! Now Hiccup must fight the Dragon Furious and end the Rebellion. Alone. (But don’t worry. It’s funnier than it sounds.)