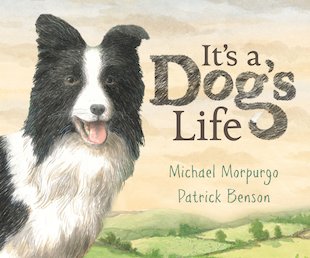 It's a Dog's Life

A magnificent picture book for animal-lovers from one of the UK’s greatest children’s writers. Follow Russ the sheepdog as he woofs, wags and works his way through a day on the farm, in a wonderfully vivid portrait that perfectly captures a dog’s character! On Russ’s farm, there’s always something to do – and he’s the apple of his human friend Lula’s eye. But when Lula gets a pony as a present, how will Russ react? From chasing the cat and bossing round the sheep to hoovering up crumbs from under the baby’s high-chair, this warm-hearted yet unsentimental tale is a stunningly realistic look at how a dog might think and feel – when he’s working hard, when he’s enjoying praise, and when he’s just being plain naughty! The book features glorious pastel artwork by Patrick Benson, the award-winning illustrator of Owl Babies and The Sea-Thing Child.