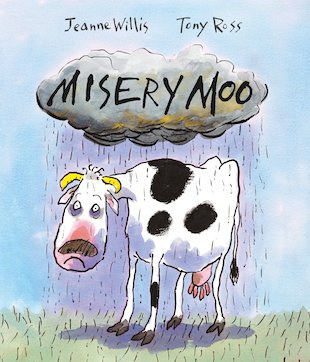 Once there was once a cow who was always miserable, and a lamb who tried to cheer her up. But the cow was impossible to cheer up! Even Father Christmas couldn’t make her happy! After a while the poor lamb burst into tears himself and sunk into a deep gloom. But after a while, the cow started to miss her happy friend. Would she be able to cheer him up?