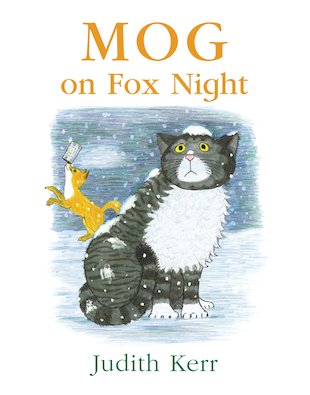 One day, Mog doesn’t want to eat her supper. She doesn’t want fish and she doesn’t want kitty food. She only wants egg. But it’s snowing outside and Mr Thomas is grumpy. He says Mog won’t get an egg for breakfast either, unless she eats what’s in her bowl. Yuck! Mog stalks out of the house in a huff. But outside, she finds a hungry fox family playing in the snow. Can they help her out?