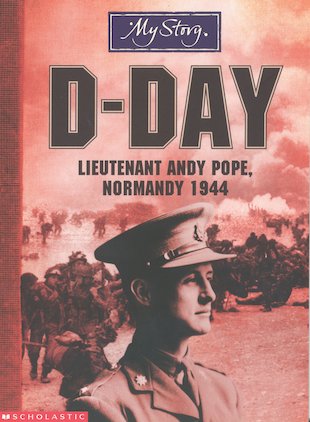 Jim Dodd is an 18-year-old Second Lieutenant in an infantry battalion, a former Territorial unit. He is younger than many of the men in his platoon, but earns their respect by handling the men well on exercise and looking after their welfare. At the beginning of 1944, his battalion is mobilised and a veteran of the desert war and former POW is sent in as commander. He drives the company mercilessly, flaying them with criticism. After rehearsing its role in the landings on the Normandy coast, Jim’s battalion joins the huge armada crossing the Channel, fighters and bombers accompanying them overhead to pound the coastal defences as the landing crafts go in. By the end of D Day, the British and Canadians have established themselves firmly on Juno, Gold and Sword beaches, and the Americans on Utah beach (having sustained heavy losses on Omaha beach – the arena of action in Saving Private Ryan). Jim’s battalion goes on to join the fighting in the French hinterland, where Jim realises that his commander’s ruthless methods result in a lower loss of life than other companies. Jim goes on to take part in two major operations (Totalise and Tractable) to smash through the German lines. His task is to secure a village and its crossroads in the centre of the enemy escape route. What follows is based on the real-life struggle for Mont Ormel. Jim’s company is subjected to constant attacks from the Waffen SS and, as the only unwounded officer left, Jim finds himself in charge of the situation…