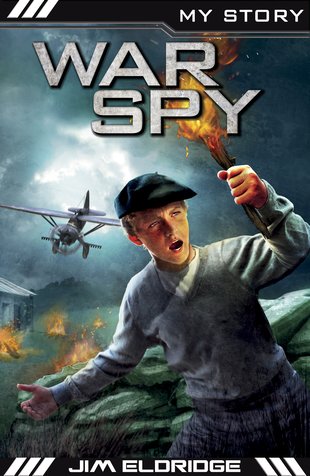 I couldn’t see the four fires, but I could smell them, the scent of burning paraffin and wood coming thickly in waves of smoke across the field. My heart started thumping again. Surely if we could smell the fires, others could as well. A German patrol would smell them for sure! Then I was aware of a large shape looming up in the night sky, its wings wide. It was the biggest thing I had ever seen. There were no lights showing on it. Down, down, down it came, lower and lower. I could hear the sound of its engine slowing and I thought with alarm, “If it goes any slower it will crash in the field, and what will we do then?”

Paul Leland is a thirteen-year-old boy living in rural France, in an area which has been under Nazi occupation since 1940. Working with the Resistance cell in his village, Paul is a crucial figure in the secret escape route for Allied POWs and agents. But he is playing a dangerous game…