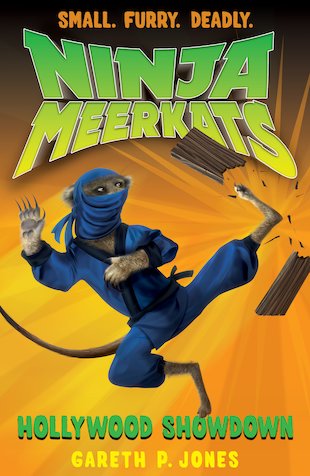 Legend tells of the Clan of the Scorpion, four mighty meerkats armed with ninja know-how. They are sworn to protect the world from their arch-enemy, the evil Ringmaster… and they’re not as cuddly as they look! Now Bruce’s favourite Hollywood action star, Vin De Pain, is starring in a sequel to the popular movie Kung Fu Chihuahua. But there’s a new cast member – none other than Doris the Dancing Dog, the Ringmaster’s faithful hound! What exactly is the sneaky Ringmaster up to? The clan jet off to Hollywood to find out. But they’ll need to move faster than the Ringmaster can snap a clapperboard if they’re to stop the curtain coming down upon them all!