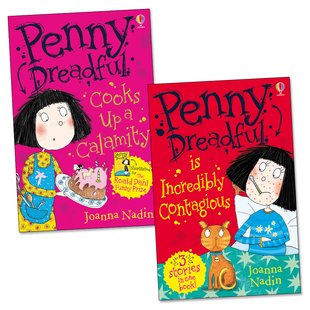 This little minx isn’t big or clever, but she is darn funny. We love her amusing antics. She was even shortlisted for the Roald Dahl Funny Prize, with the massive Tom Gates for company. Which (in case you didn’t believe us) makes her officially mega-funny. Penny is a mastermind of mischief. She’s also a magnet for disaster. Her books have cool doodles, loads of laughs and lots of crazy accidents. And they’re incredibly contagious. Forget nits and flu: Penny’s laughs spread quicker than a yawn in assembly. Read her books and catch the bug. Then spread it to all your mates!