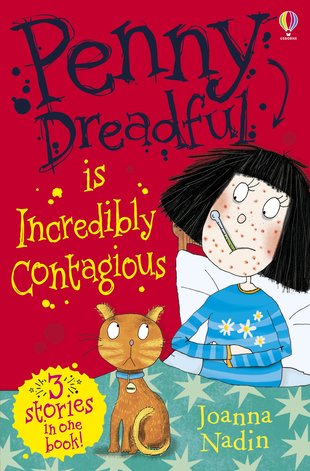 Laughs that spread quicker than a yawn in assembly. Who needs flu or nits? But actually, in this book Penny really is ill. And unlike us, she doesn’t feel like laughing. She’s got a bad case of chicken pox, which means time off school. Sounds great, except that being stuck at home feeling grotty is even more boring than class. Penny will be forced to make her own entertainment. Uh-oh. What does that mean? Crazy disasters for her. And lots of massive chuckles for you.

“Don’t miss the comic genius that is Penny Dreadful, a wickedly funny new creation and worthy contender to Horrid Henry.” The Bookseller