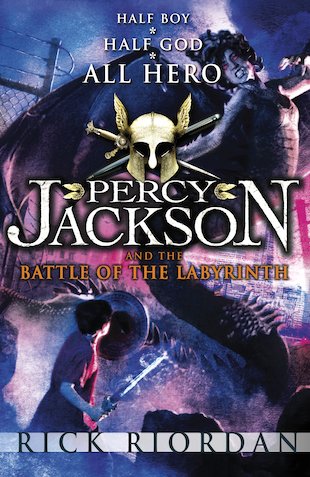 Percy Jackson and the Battle of the Labyrinth

“Honestly, blowing up another school was the last thing I wanted to do… I didn’t choose to battle the cheerleading squad, but when two hissing she-devils with fangs are heading straight for you, what’s a half-blood meant to do?”

Percy Jackson’s school year has got off to a bad start. And things only get worse when it becomes apparent that his arch-enemy, Luke, is looking for a way to invade Camp Half-Blood via an ancient labyrinth. If he succeeds, thousands of bloodthirsty monsters will descend upon the half-bloods in a swarm. Reluctant hero though he is, Percy can’t let that happen. So it’s goodbye sunshine, hello darkness, as he and four friends descend into the terrifying maze underground…