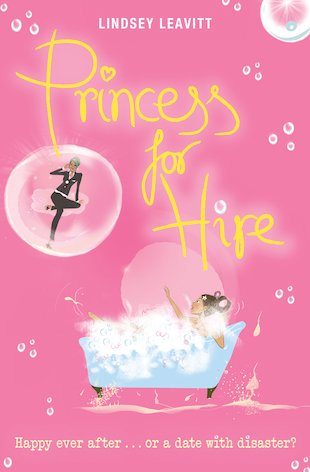 “Wanted: teenage girl to serve as substitute princess. Must be willing to travel. Please call Meredith.” Ever wanted to be a princess? To float away from your ordinary life and swan about in a tiara, with everyone telling you how fabulous you are? Desi desperately wants to escape her boring life in Hicksville, Idaho. And now she has the chance – a job standing in for various real princesses when they need a holiday. But not all princesses live in a palace, and not all princes are gorgeous … plus the whole fairy godmother thing is seriously misleading! Thrown into the job with just a bit of training, Desi finds that she’ll need an awful lot of luck – and a bit of magic – to get by!