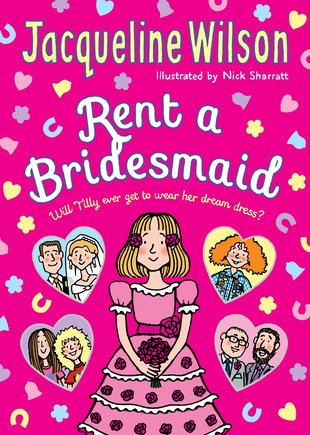 Ooh! Softer and fluffier than a marshmallow whip. Tilly dreams of being a bridesmaid. But why just dream when you can get paid? Tilly can’t believe it when her best friend Matty gets to be a bridesmaid. It’s sooo unfair. In Tilly’s favourite daydream, she’s kitted out in a perfect bridesmaid’s dress, walking down the aisle behind a beautiful bride. In her best ever daydream, it’s her mum and dad getting married! But that’s not going to happen. So it’s time for Tilly to make her dreams come true, and put her bridesmaid skills up for hire…