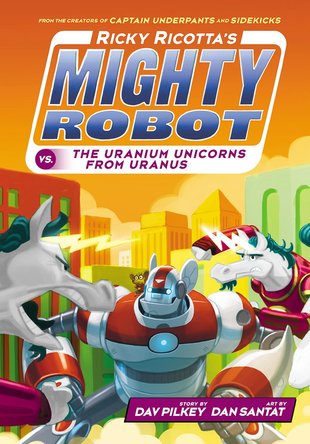 Ricky Ricotta loves his Mighty Robot, but sometimes it’s hard for a little mouse to have a best friend who’s so BIG. One night, Ricky makes a wish: if only his Mighty Robot had a friend his own size. Little does Ricky know, his wish is about to come true. Evil Uncle Unicorn has travelled all the way from Uranus with a mean and nasty plan. He’s built a giant Ladybot to trick the Mighty Robot so he can take over planet Earth. Once again, it’s up to Ricky and his pals to save the day.