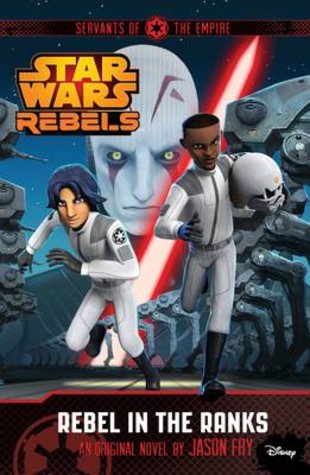 Servants of the Empire: Rebel in the Ranks

Who is Zare? The Empire’s perfect soldier. The Rebels’ perfect secret weapon. Get inside his mind. Discover the latest and greatest threat to the evil Galactic Empire in this dramatic full-length junior novel. Zare Leonis, a new student at Lothal’s Imperial Academy, looks the very image of a model cadet. But in secret, this seemingly loyal soldier is a Rebel traitor, on a daring mission to bring the Empire down…. Get ready for the new movie with gripping fiction so great it’s stealing the limelight from the screen. Fight the Empire from inside!