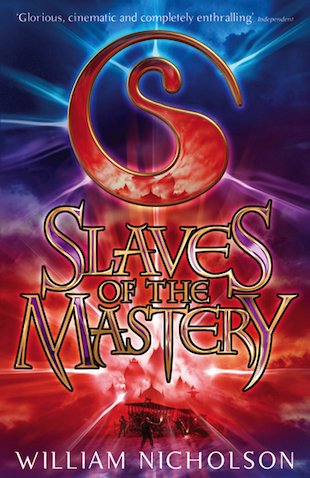 Slaves of the Mastery

Five years have passed since the wind singer broke the evil spell that held Aramanth captive. Since then, the city of Aramanth has become a kinder place… but it has also become weaker, a perfect target for the ruthless soldiers of the Mastery. When the Mastery attacks, the battle is swift and brutal. Aramanth is burned and the Manth people are taken into slavery. In the turmoil, Kestrel finds herself alone, bitterly vowing to wreak her revenge. But first she must find her beloved brother Bowman, and start to understand the secrets of the mysterious Singer people. Only then can the pair begin to strike out against the Mastery and its bewitching culture of beauty and terror, fabulous art and music, and barbaric cruelty and gladatorial battle… The second breathlessly imaginative fantasy in the Wind on Fire trilogy.