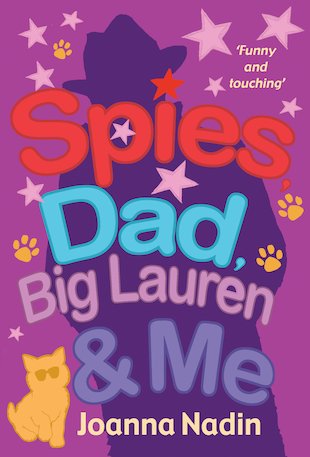 Spies, Dad, Big Lauren and Me

Billy Grimshaw thinks the world of his dad. He hasn’t seen him for ages, but Billy knows he’ll be home as soon as he can get away from his important spying business in London. But now Mum has dropped a bombshell – she’s going to marry Dave! Billy is determined to stop the wedding. But as he makes secret plans to sabotage the wedding day, his life just keeps on getting more complicated – not helped by the classroom bully, or even his best friend, Big Lauren! Hilarious and heartbreaking by turns, this is a funny and poignant portrait of modern family life by a bestselling and highly acclaimed author.