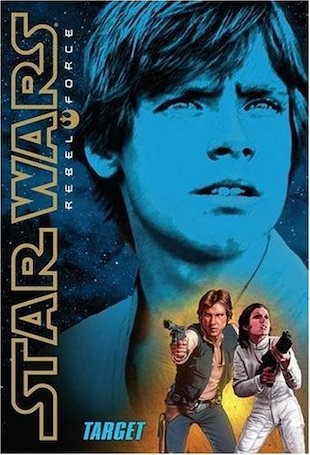 It is a critical point in the struggle between the Rebels and the Empire. The Force itself hangs in the balance, and all the hopes of the galaxy depend on Luke Skywalker, Princess Leia, Han Solo and their friends. The Death Star has been destroyed, but back at the Rebel base, the celebration is over. The Alliance has intercepted a coded transmission: the Empire is determined to identify and punish the pilot who caused the destruction of the Death Star. Luke Skywalker is their target, and the Empire’s deadliest assassin will do whatever it takes to hunt him down… Step into the world of the classic Stars Wars movies in a gripping book which uncovers new missions, new revelations, and a whole new side to the story!