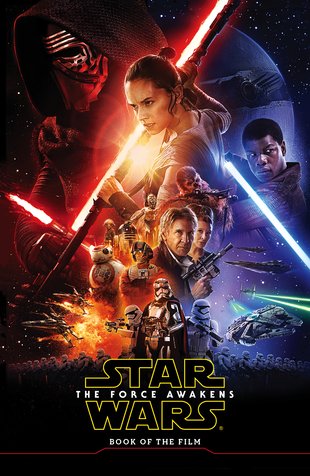 Star Wars: The Force Awakens Book of the Film

A bit late but totally worth the wait. Hey – the Empire has waited thirty years for revenge! It’s been three decades since the Galactic Empire was defeated. Some things have changed – and others haven’t. (Like Han Solo. He’s still a smuggler.) And one thing has never gone away: the hunger of the wicked to seize power. A new evil has awoken – the First Order, inspired by the old Galactic Empire. It wants to control the galaxy and destroy all opposition. Sounds familiar? Yup. Luckily, the Resistance has other ideas about that!