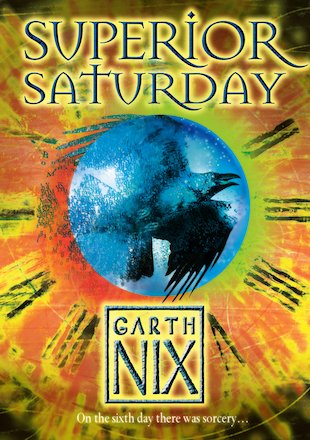 Saturday. A day of rest – except for Arthur Penhaligon. Seeking the sixth key, he is nearly at his goal… but peril mounts with every step he takes. Arthur has wrested five of the Keys from their immortal guardians, the Trustees of the Will. Only two now remain. But gaining the sixth poses a greater challenge than he has ever faced before. Superior Saturday is not just one of the Trustees, she is also the oldest Denizen and the most powerful and knowledgeable sorcerer of the House. And she has a plan… Meanwhile, Arthur’s mother is still missing. His home city is under attack. His allies are unreliable. Even if he cheats death and gains the Sixth Key, will it be enough to stop Superior Saturday’s evil bid for ultimate power? The sixth breathtaking book in the Keys to the Kingdom saga.