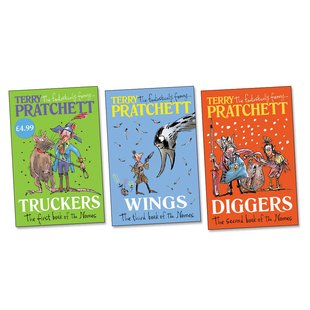 Think no one listens to you because you’re ‘just a kid’? Well – try being four inches high in a world of giant folk! All around you, hidden from sight, are thousands of mini people. (Four inches tall, stubborn and brave.) They are the nomes. When this story starts, they’re living happily under the floorboards of Arnold Bros. department store. They’ve been there forever. But now the store is being demolished. They must head Outside. It’s a world full of danger, from dragons to walking sandwiches. Are the nomes smart enough to survive?