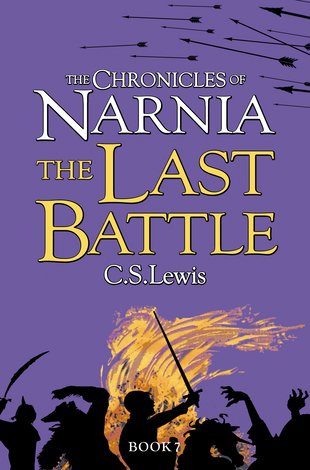 The Chronicles of Narnia #7: The Last Battle

The last epic book. The fiercest battle. The shocking moment when Narnia’s great secret is revealed. In the end, there is only one battle worth fighting. The battle between good and evil. During the last days of Narnia, its fiercest ever challenger arises. Not an invader from without, but an enemy from within. Lies and treachery have taken root, and only King Aslan and a small band of loyal followers can prevent the destruction of all that they hold dear. Winner of the Carnegie Medal: and worth every word of praise it has attracted. Sheer magnificence. A finale that will rock your world.