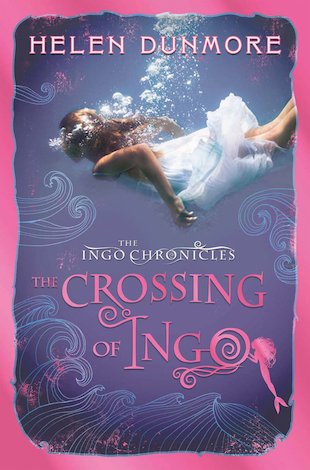 The Crossing of Ingo

“I’ve heard such stories, Sapphire! There are fish that fly and fish that walk on the floor of the sea. Think of it, little sister! We are going to the bottom of the world…”

No human being has ever attempted the Crossing of Ingo – an epic and dangerous challenge that only the strongest young Mer are called upon to face. But now Sapphy and Conor have been chosen for this thrilling voyage to the bottom of the world, and the future of both Air and Ingo depends on their success. But Ervys, his followers and his new recruits, the sharks, are determined to stop them – dead or alive… The breathtaking conclusion to the critically acclaimed Ingo series, by prize-winning novelist Helen Dunmore.

“Action-packed and satisfying with vivid animal portraits, a vast undersea journey and a climatic flight.” The Times