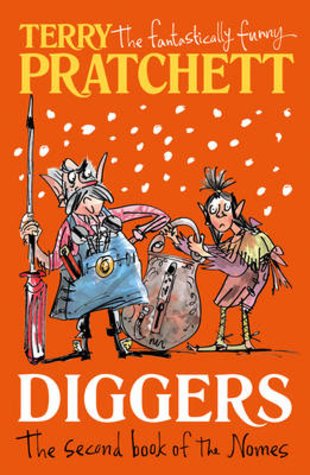 This is the story of Jekub, the Dragon in the Hill with great big teeth and a great loud voice. (Well, that’s what the nomes think Jekub is. But they are only four inches tall.) The nomes have found a safe new home in the quarry. At least, it was safe. But now those stupid humans want to spoil it. The smart things for the nomes to do would be to run and hide. But they don’t feel like being smart. They feel like fighting! After all, everyone knows that nomes are faster and braver than humans. And now they have a dragon on their side…