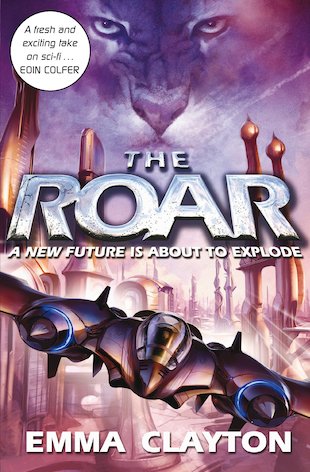 The sun was setting over the Atlantic and as it ran like molten gold over the waves, a girl in a Pod Fighter ripped through the scene, like graffiti sprayed across a landscape painting.

Twins Mika and Ellie live in a future contained behind a wall: the barrier which keeps them safe from the plague animals beyond. Or so they believe. But when one of them vanishes, they discover that their concrete world is built on a lie. A lie fuelled by politics, power and the media. The lie of a government which, thirty years ago, decided to save the planet … but only for a chosen few. Determined to find each other again, Mika and Ellie go in search of the truth. But as a strange sound in their heads grows to a roar, they find out that the future of the planet has never mattered more… Chilling, sinister and frighteningly possible, this is the book of the year. Listen. Can you hear it roar?