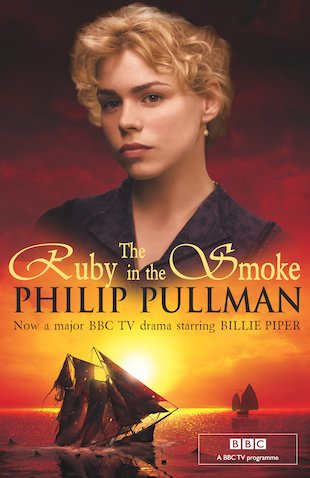 The Ruby in the Smoke

If you’ve not yet met Sally Lockhart, prepare to be bowled over. The beautiful, smart 16-year-old can ride like a Cossack and shoot like a demon – and now she’s braving terrible danger to hunt down her father’s killer! Her journey will take her from the grimy streets of London to a Maharajah’s Indian palace and the opium dens of China, unravelling a rich and colourful mystery at whose heart is a priceless jewel soaked in blood… From the glittering talent of Philip Pullman, a king of children’s storytellers, this gripping yarn of courage and adventure will leave you bedazzled.