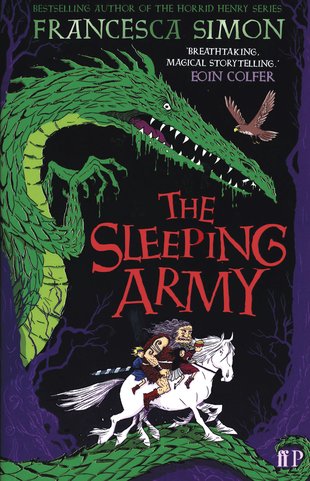 The Horrid Henry author shows off her gift for fantasy in this tale of Viking gods and giants, set in a modern-day Britain where people still worship the Norse gods.

One night, stuck with her dad on his night shift at the British Museum, Freya is drawn to the Lewis Chessmen and Heimdall’s Horn. Unable to resist, she blows the horn, waking three chess pieces from enchantment: the slaves Roskva and Alfi, and Snot the Berserk. They are all summoned to Asgard, land of the Viking gods, and told they must go on a perilous journey to restore the gods to their youth. If Freya refuses, she will be turned into an ivory chess piece. But if she fails in her quest, the same terrible fate awaits her…