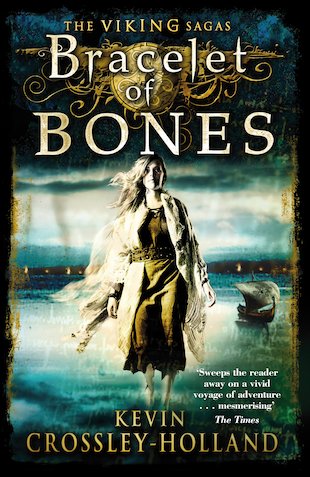 The Viking Sagas: Bracelet of Bones

One morning in 1063, Solveig wakes to find her father gone. He’s left for Constantinople, to join the Viking Guard of Empress Zoe. But he promised to take Solveig – and he’s betrayed her! She won’t just be left behind. So Solveig sets off on her own journey: all the way from Norway to the breathtaking city known as the Jewel of the East. She’ll encounter Viking traders, a ghost-ship, a Russian king, human sacrifices and great battles. Will she live to reach Constantinople – and will she ever see her father again?

“Sweeps the reader away on a vivid voyage of adventure.” Times

“Kevin Crossley-Holland is one of the giants of children’s fiction.” Philip Reeve