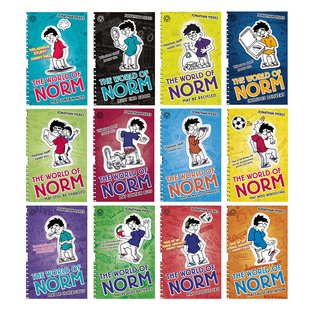 The World of Norm Pack x 12

The prince of unfair. Think your parents have turned moaning into an art form? Norm’s won prizes for it. Even Harry Hill is a fan. Norm’s epic grumbles have won him legions of admirers. Even top awards, for crying out loud. (Which he often does.) If you’re a newbie to the series, you might wonder why Norm’s complaining. Tip: don’t get him started. Like, how long have you got? Our favourite misery-guts: we don’t even want to cheer him up. Hearing him whine is just waaaay too funny.