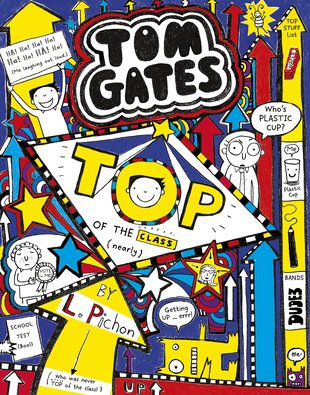 Who cares if Mr Fullerman would rather cut off his own nose than admit it? Tom is on top of the world! See how this young genius does it. Oh, and don’t be shy about laughing like a raving looniac too. Tom Gates is pretty amazing. What’s the secret of his success? 1. Stay awake in lessons (it helps). 2. Don’t draw HILARIOUS pictures of your teachers. 3. AVOID the class bully. 4. NEVER let Mum and Dad touch your school planner. 5. Don’t let your grumpy sister BOSS you about. OK: Tom hasn’t exactly done all those things. But hopefully that won’t stop him being voted onto the school council. Vote for him now by buying this book so it hits the top of the charts!