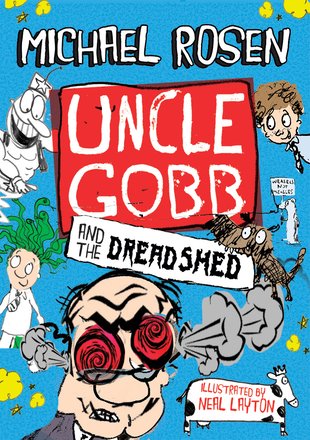 Uncle Gobb and the Dread Shed

Yucky genius from an all-time story hero! Imagine Mr Gum – but LIVING WITH YOU !!! Uncle Gobb is the kind of gross and stinky person you should stay very far away from. (Shudder.) So we feel very sorry for Malcolm. He has to actually live with him. Uncle Gobb is yucky and bossy and awful. Malcolm really wants to make him leave. Wouldn’t you? Luckily, Malcolm has a plan. It involves: big laughs, untrue facts, baked beans and a genie who rubs your nose. Will Malcolm escape Uncle Gobb? And can Michael Rosen be even funnier than Mr Gum...?