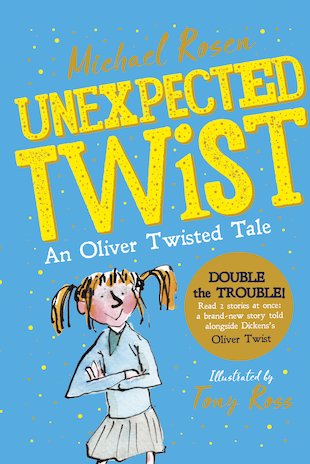 If any story is begging for a twist, it has to be Oliver Twist, right? The clue is in the name! And who better to do the twisting than all-time funny genius and nonsense verse maestro, Michael Rosen? This story is going to get spun all around, helter-skelter style! Shona and her dad are moving house, and the rules at Shona’s new school are pretty weird. She keeps getting into trouble without realising! But when she’s unexpectedly given a mobile phone, Shona starts to suspect there’s something fishy about the new boys she’s met. Not all gifts come for free, after all…

Supplied as a pack of six copies.