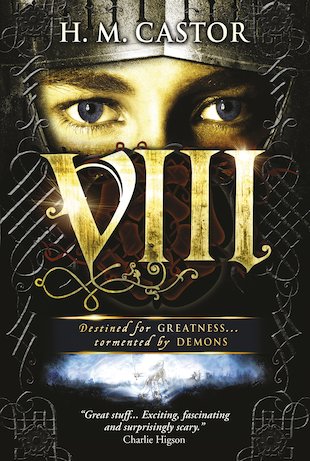 “The one who has been prophesied will come, full of power, full of good devotion and good love.”

What turns a model of virtue into a monster?

Hal is young, flame-haired and handsome; a gifted warrior and sportsman. Clever and charismatic, he is loved by his people. He believes that God has chosen him to rule. But he is also plagued by the ghosts of his family’s violent past, and haunted by an eerie apparition. Once he rises to power, a darkness rises in him too. Five hundred years later, his name remains notorious for murder and rapacious cruelty. He is Henry VIII.