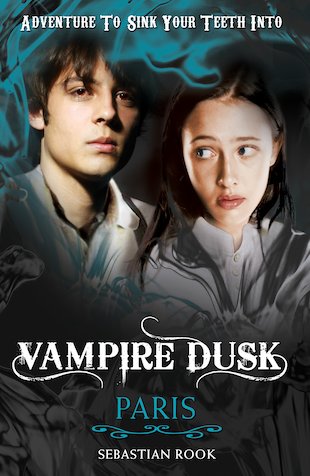 Strong hands grasped Jack’s shoulders painfully from behind, and he looked up into the eyes of a vampire. He felt the claws prick through his skin, and small flowers of blood welled up through the white cloth. The vampire growled, and Jack felt the fangs sink into his throat…

Jack wants to believe it was only a dream. The vampires are gone! Banished for a thousand years by an ancient ritual that sent their leader to the depths of Hell. But that voice still echoes in his mind: the voice of the vampire god, promising to return. Jack’s friends Ben and Emily say it’s just his imagination, but Jack isn’t so sure. Maybe Victorian London is safe… but now a strange sickness is raging in Paris. A familiar sickness which leaves its victims drained of blood. It seems that the vampires have moved on, and the fight must follow them…