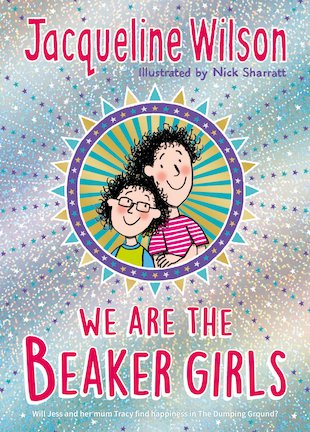 We Are the Beaker Girls

Tracy and Jess are the Beaker Girls – united against bullies and bad guys! Tracy Beaker has come a long way since she escaped from her old children’s home, the Dumping Ground. Now Tracy and her daughter, Jess, have made another move – to the seaside town of Cooksea. They have new friends, and their dog Alfie, and they’re running an antiques shop called, would you believe it, The Dumping Ground! Yet trouble is hot on their heels. Creepy Sean is back, and a local kid is picking on Jess. But the Beaker Girls won’t stand for that…