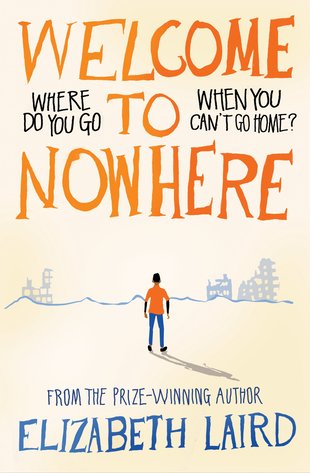 His old address is rubble. His new address: who knows? Omar used to be from Syria. What does that mean now? Like most kids, Omar doesn’t care about politics. YAWN. He’s got better things to think about. But when war comes to his Syrian city – the beautiful, ancient city of Bosra – there’s no escape from politics anymore. (You’re doing well if you escape the bombs.) Before long, whole streets are flattened to rubble. People are dying. Even worse, his clever big brother, Musa, is mixed up in it all. Soon Omar and his family are forced to flee. But where do you go when you don’t have a home anymore?

“A muscular, moving, thought-provoking book from an award-winning writer.” Guardian

“Deeply moving … you can always count on Elizabeth Laird to write fearlessly but with compassion.” Bookbag