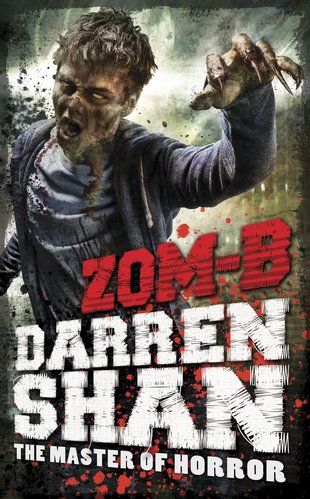 Darren Shan’s radical new series about a zombie apocalypse, told in the first person by one of its victims. Expect a barbed look at the unequal world we live in – along with a high body count!

When news reports start to announce a zombie outbreak in Ireland, B’s racist father thinks it’s a joke. But even if it isn’t, he figures it’s OK to lose a few Irish. B doesn’t fully buy into Dad’s racism, but finds it easier to go along with it than to risk the fights and abuse that come of sticking up for Muslims, blacks or immigrants. And when not dodging fists at home, B doesn’t hesitate to scare the other kids at school with a few slaps or cruel remarks. That is, until zombies attack the school. All of a sudden, B is forced on a mad dash through the serpentine corridors of a London comprehensive, making allegiances with anyone with enough gall to fight off the dreaded pursuers. But will they escape – dead or alive? Find out in a story which guarantees gore, terror and more than one massive twist!

“Shan packs in the bites, and he rips out enough entrails for even the most jaded zombie fan… A series opener to sink your teeth into.” Kirkus