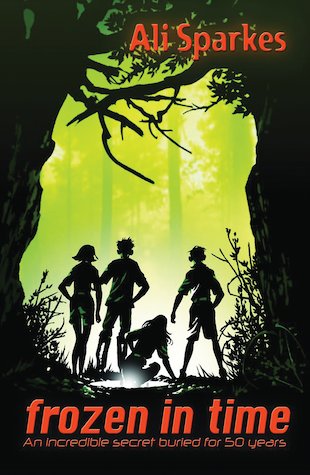 It’s 1956. Freddy and Polly have always known their father is a genius. So they’ve never minded helping with his experiments – even when that means going into cryonic suspension, having their hearts frozen until their father wakes them up again. It’ll only be for an hour or two. There’s nothing to worry about. But in 2009, during a long, boring summer, Ben and Rachel find the hidden underground vault in the garden – and two frozen figures, a boy and a girl. As if that isn’t spooky enough, when Rachel presses a button, something unbelievable happens…

Can Polly and Freddy adapt to 21st century life? Will their bodies survive having been in suspension for so long? And most important of all, what happened to their father? Why did he leave them frozen in time?