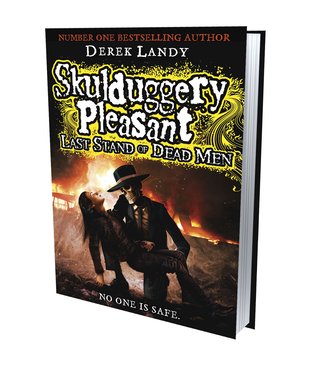 The rip-roaring final instalment of Derek Landy’s lightning-sharp series – a must for anyone who likes to laugh or scream!

War has finally come. Not a war between good and evil, or light and dark. But a war between Sanctuaries. For too long, the Irish Sanctuary has teetered on the brink of world-ending disaster. Now the other Sanctuaries around the world have had enough. Allies turn to enemies, friends turn to foes, and Skulduggery and Valkyrie must team up with the rest of the Dead Men as they hunt for the root of a vast conspiracy. But another war is raging within Valkyrie herself. Her own dark side, the insanely powerful Darquesse, is rising to the surface. If Valkyrie slips, even for a moment, Darquesse will burn the world and everyone in it…

“This is a writer at the height of his powers and Landy is getting better with every book.” Irish Independent

“More kick-ass than a box set of Buffy.” Bookzone4Boys