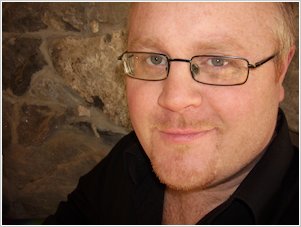 Derek Landy is the author of the bestselling, awardwinning Skulduggery books – the funniest dead detective ever!

Before writing his children’s story about a sharply-dressed skeleton detective, Derek wrote the screenplays for a zombie movie and a murderous thriller in which everybody dies.

As a black belt in Kenpo Karate he has taught countless children how to defend themselves, in the hopes of building his own private munchkin army. He firmly believes that they await his call to strike against his enemies (he doesn’t actually have any enemies, but he’s assuming they’ll show up, sooner or later).

Derek lives on the outskirts of Dublin, and the reason he writes his own biography blurb is so that he can finally refer to himself in the third person without looking pompous or insane.

Derek Landy has won multiple awards for his Skulduggery Pleasant series, including the Richard & Judy and Red House awards.