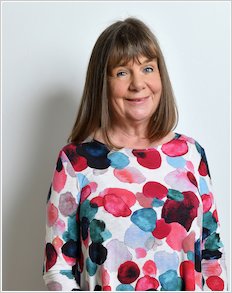 Julia is the awardwinning, bestselling author of much-loved modern classics like The Gruffalo, Stick Man and What the Ladybird Heard. She was also the Children’s Laureate 2011-2013.

I grew up in a tall Victorian London house with my parents, grandmother, aunt, uncle, younger sister Mary and cat Geoffrey (who was really a prince in disguise. Mary and I would argue about which of us would marry him).

Mary and I were always creating imaginary characters and mimicking real ones, and I used to write shows and choreograph ballets for us.

I studied Drama and French at Bristol University, where I met Malcolm, a guitar-playing medic to whom I’m now married.

Before Malcolm and I had our three sons we used to go busking together and I would write special songs for each country; the best one was in Italian about pasta.

The busking led to a career in singing and songwriting, mainly for children’s television.

One of my television songs, A Squash and a Squeeze, was made into a book in 1993, with illustrations by the wonderful Axel Scheffler. It was great to hold the book in my hand without it vanishing in the air the way the songs did. This prompted me to unearth some plays I’d written for a school reading group, and since then I’ve had 20 plays published.

My real breakthrough was The Gruffalo, again illustrated by Axel. We work separately – he’s in London and I’m in Glasgow – but he sends me letters with lovely funny pictures on the envelopes.

My novel The Giants and the Joneses is going to be made into a film by the same team who made the Harry Potter movies, and I have written three books of stories about the anarchic Princess Mirror-Belle who appears from the mirror and disrupts the life of an otherwise ordinary eight-year-old.

When I’m not writing I am often performing, at book festivals and in theatres. I really enjoy getting the children in the audience to help me act out the stories and sing the songs.