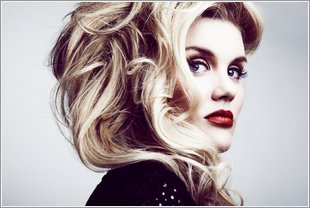 Emerald Fennell appeared in Any Human Heart, the adaptation of William Boyd’s bestselling novel. She recently played Princess Merkalova alongside Keira Knightley and Jude Law in the film version of Anna Karenina and appeared in Blandings and Call the Midwife over the winter period. She is currently filming Murder on the Homefront, a period crime drama for ITV.

At the age of 27, Emerald is now taking on the male dominated world of horror fiction with her debut novel Shiverton Hall. Originally conceived as a television script and infused with her love for horror, Emerald has created a scary and thrilling novel for young readers. Emerald Fennell was picked up by the same editor at Bloomsbury who worked on the Harry Potter novels, a sign that she is definitely one to watch in 2013.