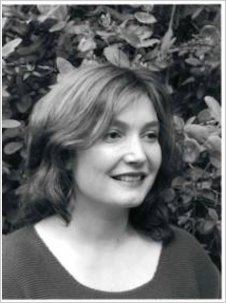 Gwyneth Rees was born in Leicester in 1968, and moved to Glasgow at the age of six.

Gwyneth became interested in writing when she was an avid reader of Enid Blyton and wrote her first ‘book’ in an exercise jotter at the age of ten. It featured four children trying to solve a mystery about sheep rustlers on the Isle of Skye!

After studying medicine at Glasgow University she qualified as a doctor in 1990. She now works part-time as a doctor and spends the rest of the week writing.

Gwyneth has written six hugely popular Fairy books, plus other bestselling titles like Cosmo and the Magic Sneeze and Mum Hunt. Her new series, The Magic Dress Shop, is out now.

Gwyneth won the Red House Book Award for The Mum Hunt in 2004.