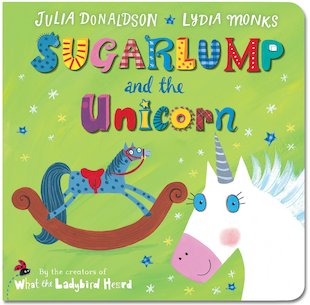 Sugarlump and the Unicorn (Board Book)

A tale of magic and wonder from a picture book dream team, now in a sturdy board edition. When Sugarlump the rocking horse wishes to see the world, a magical unicorn turns him into a real horse. Sugarlump is delighted – his dreams have come true! But he soon learns to be careful what you wish for. Although he loves to gallop around the fields, he misses the children who used to play with him. Will the sparkly unicorn let him have just one more wish?