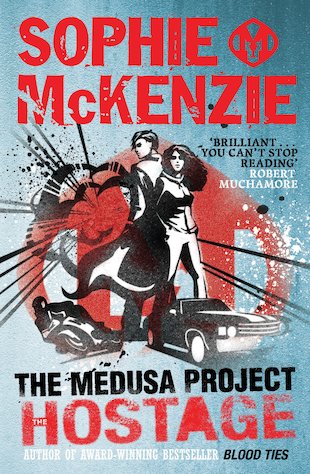 Fourteen years ago, four babies were implanted with the Medusa gene – a gene for psychic abilities. Now they’ve come of age, and come together as a secret crime-fighting team: The Medusa Project. Nico, Ketty, Ed and Dylan are a force to reckon with. But now Ketty’s brother Lex has stumbled into a dangerous game involving his boss, a hidden bomb and a hostage situation. It’s up to Ketty to save him without letting on what she knows. Can can she control her psychic visions – and her feelings for Nico – without getting them all blown sky high?