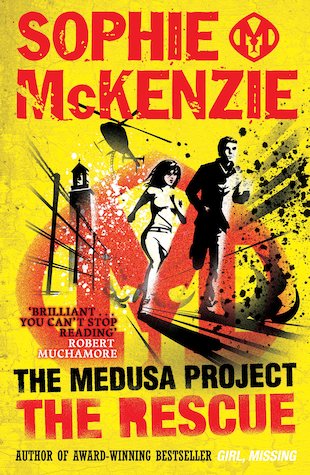 The Medusa Project: The Rescue

Fourteen years ago, four babies were implanted with the Medusa gene – a gene for psychic abilities. Now Nico, Ketty, Ed and Dylan have been brought together by government agents to create a secret crime-fighting force: The Medusa Project. Since their existence became known to members of the criminal underworld, they’ve been hidden away at a secluded training camp in Spain, where their identities are being kept secret. Life in camp is hard enough, but then things take a turn for the worse. Ed is blackmailed into using his mind-reading powers – and in doing so he threatens to endanger the whole Medusa Project…

Praise for the author:

“This is hi-octane stuff… will leave everyone gasping for the next episode.” The Bookseller