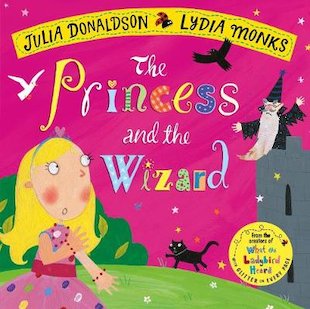 The Princess and the Wizard

Princess Eliza is in a bit of a pickle. Everyone at her birthday party is waiting for her to cut the cake. But she’s late – and for a very good reason. She’s been captured by a wicked wizard! Eliza can change her shape seven times to try to escape. But whatever animal she picks – black cat, red fox or yellow chick – the wizard always finds her! Will she ever outsmart him and make it back to her party? Find out in this magical rhyme!