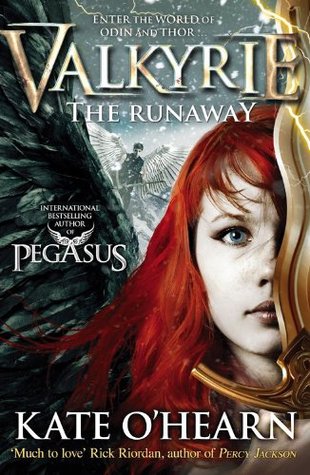 Kate O’Hearn’s Pegasus series brought alive the flying horse of Greek myth. Such grace, drama and power. And now she’s back. With a breathtaking Viking myth, and a heroine to die for. Freya is a Valkyrie – a winged goddess of darkness, a reaper of souls killed in war. She belongs in the world of Asgard, living in the great halls of Odin and Thor. But Freya refuses to follow in the bloody footsteps of myth. She visits the World of Man to befriend humans, not to reap their souls. Now Freya returns to the human world on a quest to track down a runaway Valkyrie of myth. But when a dark secret leads her to the deadly Land of Frost Giants, a new Valkyrie legend is born…